If you’re reading this, you’re probably in your office, in a swivel chair behind a nice desk with a laptop or desktop and a dozen other mandatory office stuff you can find on an office desk.

My longest relationship of any kind so far – seven years — was with a local TV network. I started as a researcher and rose through the ranks until I was trusted to oversee the production of the morning news and public affairs program two years into employment. I was still getting the hang of field work when the reality sunk in: my promotion meant spending most of my waking hours trapped in what passed for a decent office. As if staying there and facing my uber-demanding boss aren’t challenging enough, I also had to keep myself inspired enough to keep the creative juices freely flowing thinking of new concepts, timely and relevant topics, writing and editing news and feature stories, and coming up with the continuity script – the lines that the TV hosts deliver on the air live. There was a time I thought my brain had been reduced to a raisin.

Here are some of the things that inspired me (read: kept me sane) through most of that seven-year run:

I learned about the vision board during a seminar for a multilevel marketing project I wanted to embark on. At first I thought it was corny, like a grade school project, with glossy magazine cut-outs of my dream house, pictures of Iceland and Santorini, a mean-looking Shelby GT500, a walk-in closet full of basketball shoes, expensive watches, and a smiling Jennifer Lawrence.

Well, it still is, except for JLaw. But the thing about vision boards is, it gives you some semblance of a concrete goal, your raison d’etre. While I’m still living in an apartment, and the closest I have been to Iceland is the vicarious feeling I get watching Sense8 (a Netflix series shot there), sold my old Corolla for chump change, have only two pairs of good basketball shoes, and my crush on JLaw has waned, that vision board sure did a good job inspiring me to do my job as best as I possibly could, one day at a time.

By books, I don’t mean Dan Brown or Nicholas Sparks or even Paolo Coelho. Well, I might give a concession with Coelho, despite the fact that his strorytelling sometimes inspires me to just sleep on the couch instead. Bring books that offer practical help, especially in your line of work or career. Dale Carnegie, Robert Kiyosaki, and even Donald Trump can teach you a thing or two about getting ahead in the race (against your own self) to financial stability.

Rhonda Byrne, Mitch Albom, and other popular self-help authors are must-haves, too. The Bible? Sure. The point is, as long as you believe what you are reading inspires you in whatever way, read it, preferably before you start the day.  Trust me, spending the first five minutes of your day reviewing words you find encouraging will help inspire your morning.

(Note: Your boss might object with your having your FHM and Maxim special edition issues in the office.)

Can you blame me if I’m on the sentimental end of the emotional spectrum? I mean, aside from yourself, who are you working for?
If you have a family of your own, I’m sure you’re trying to be a good provider, a good husband or wife to your spouse and a dad or mom to you children. You can even throw in your golden retriever there, for good measure.

If you are in a romantic relationship, I’m certain a picture of your significant other or of you both in your most candid laughter during a memorable getaway will not only take some stress off, but motivate you to do your job better. (Note: JLaw’s presence on my vision board and having my girlfriend’s picture on a frame next to my desktop, clearly is an exception to the theory on mutual exclusivity.)

I don’t know about you, but I’m excited about vacations, especially the paid ones. I used to have 27 paid vacation days, and every start of the year, we were required to apportion those leave credits throughout the 12 months. The purpose is to avoid having conflicts in leave schedule – imagine what would happen if all three studio cameramen took a leave on the same day. So I usually have a huge calendar hanging on the wall on my side, with my vacation days emblazoned on them. When I’m particularly lethargic, I just look to the left and imagine where I’d be a couple of weeks from now. Always works for me.

You might also want: Running Low on Passion? Remember the First Day Feeling

On the other wall opposite the one with the calendar hang two frames. The first is a very simple brown wooden number with the Serenity Prayer inscribed in it:

God, grant me the serenity to accept the things I cannot change,

Courage to change the things I can,

and wisdom to know the difference.

For years, this simple prayer has been a beacon of enlightenment for me especially in situations when I am confused, needing affirmation, or looking for “signs”.

The other is a rather comical geometric design of a lion cub with a thought bubble that says “Hakuna Matata”. It’s not some deep philosophical advice, but most of the time, that is all I need. Now if you don’t know what that means, I’ll be worried. 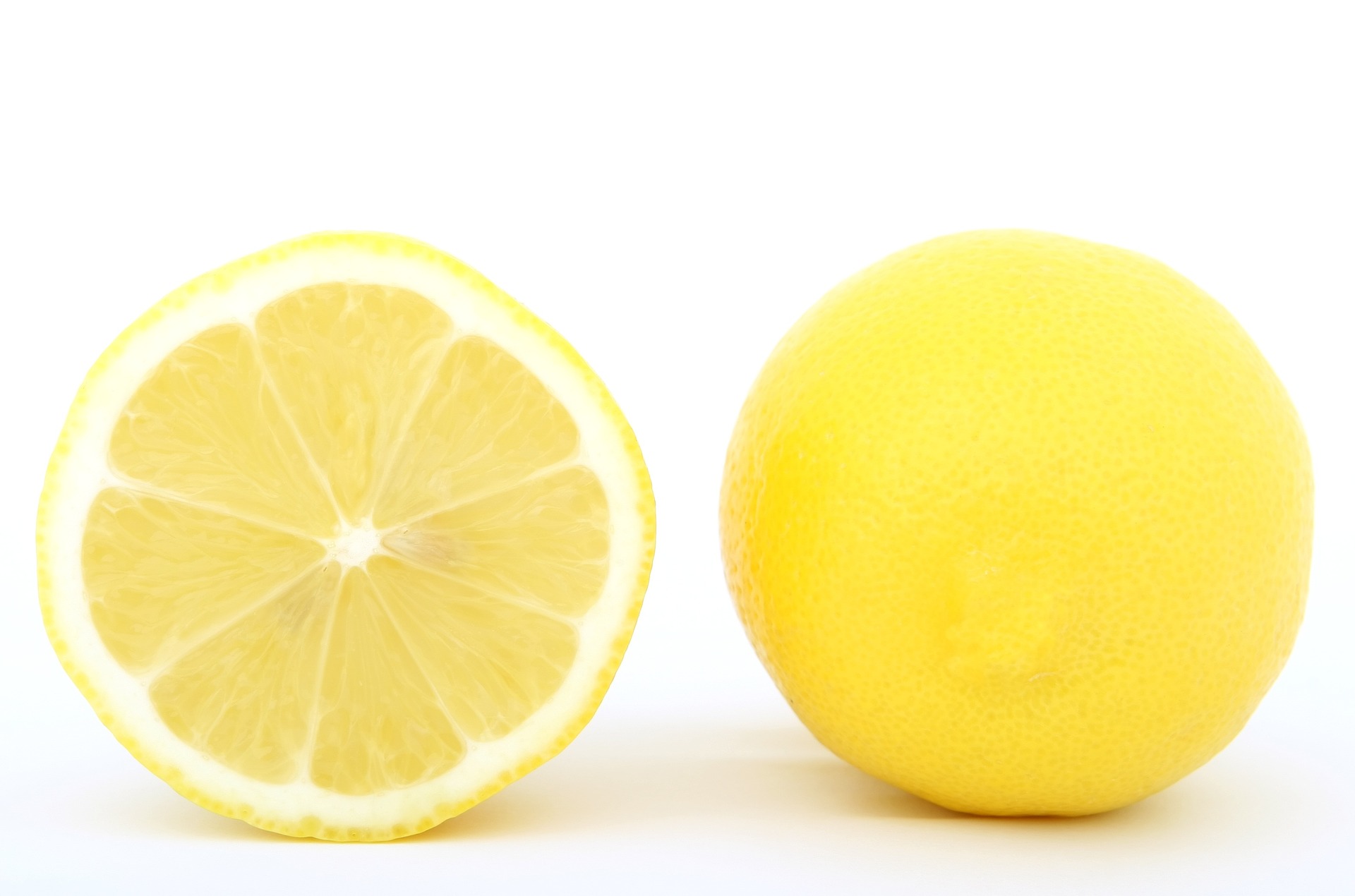 Which office do you think will allow you to think better: the one that reeks of a mixture of mildew, cigarette smoke, and an old, worn out leather shoe, or the one that smells like the interior of a new car, or of chamomile or citrus or angel’s breath, whatever that is? It’s a no-brainer.

Odors do affect people’s mood, work performance and behavior in a variety of ways but it isn’t because odors work on us like a drug, instead we work on them through our experiences with them. That is, in order for an odor to elicit any sort of response in you, you have to first learn to associate it with some event. This explanation for how odors affect us is based on what is known as associative learning, the process by which one event or item comes to be linked to another because of an individual’s past experiences.

Fortunately (or unfortunately, depending on how much you love your job), you’re one of the millions of nine-to-fivers – people with regular office jobs – who spends almost as much time in their offices as in their own homes. This is no hyperbole. If you started your office job at say, 25 and for whatever stroke of luck avoid getting fired and retire at 60, you will have spent around 90,000 hours in that four-walled glorified prison called the office. That’s a decade of your life in there!

If you look at the whole picture, it’s almost beyond imagination that somebody would spend 10 years of his life in the office. The misogamists will logically argue that if one is brave enough to commit to sleeping with and putting up to one woman for the rest of his life, spending 10 years in the office sounds like a vacation. But what borders on miraculous is how somebody can drag himself to work every day for 35 years and maintain not only his sanity but a certain level of competence and proficiency to make his employer keep him.

This is where inspiration comes in.

What IT Leaders can Learn from (the fall of) Nokia

Christian is a Marketing Communications Associate at Callbox Inc. He’s worked with one of the leading TV networks in the country before moving to Callbox. He believes being relatively new in B2B marketing has an upside — it allows him to be an empty sponge thirsty for fresh knowledge, which he is ready to process and share to the world over.

Telemarketing 101 in Australia: Maintaining Pleasantness throughout the Cal...

This site uses cookies. By continuing to browse the site, you are agreeing to our use of cookies.

We may request cookies to be set on your device. We use cookies to let us know when you visit our websites, how you interact with us, to enrich your user experience, and to customize your relationship with our website.

Click on the different category headings to find out more. You can also change some of your preferences. Note that blocking some types of cookies may impact your experience on our websites and the services we are able to offer.

These cookies are strictly necessary to provide you with services available through our website and to use some of its features.

Because these cookies are strictly necessary to deliver the website, refuseing them will have impact how our site functions. You always can block or delete cookies by changing your browser settings and force blocking all cookies on this website. But this will always prompt you to accept/refuse cookies when revisiting our site.

We fully respect if you want to refuse cookies but to avoid asking you again and again kindly allow us to store a cookie for that. You are free to opt out any time or opt in for other cookies to get a better experience. If you refuse cookies we will remove all set cookies in our domain.

We provide you with a list of stored cookies on your computer in our domain so you can check what we stored. Due to security reasons we are not able to show or modify cookies from other domains. You can check these in your browser security settings.

These cookies collect information that is used either in aggregate form to help us understand how our website is being used or how effective our marketing campaigns are, or to help us customize our website and application for you in order to enhance your experience.

If you do not want that we track your visit to our site you can disable tracking in your browser here:

We also use different external services like Google Webfonts, Google Maps, and external Video providers. Since these providers may collect personal data like your IP address we allow you to block them here. Please be aware that this might heavily reduce the functionality and appearance of our site. Changes will take effect once you reload the page.

The following cookies are also needed - You can choose if you want to allow them: