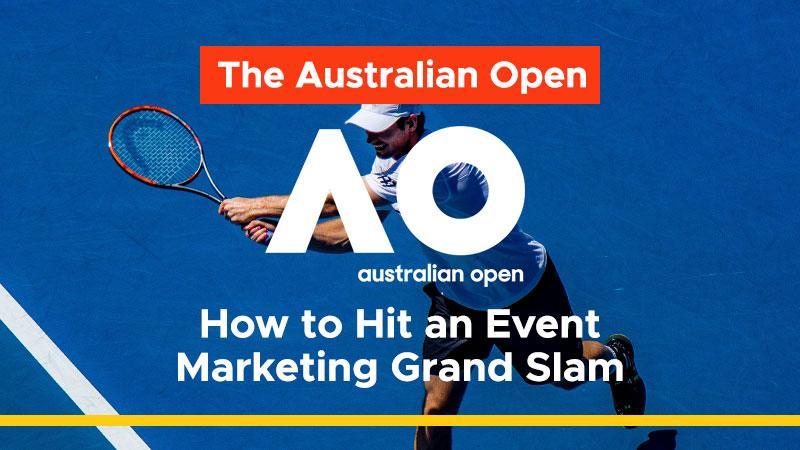 From the serious tennis aficionado to the casual fan, the Australia Open serves up something special for every eventgoer. During the next two weeks, not only will Melbourne Park be the place where the world’s best tennis players battle it out – it’s also going to be where hundreds of thousands of people experience a premier entertainment spectacle unlike any other.

The Australian Open has now become more than just a tennis tournament, and the story of how it was transformed into a widely-attended entertainment event offers valuable lessons for marketers to learn from.

Here’s what the Australian Open teaches us about holding successful event marketing campaigns:

Pull out all the stops

Before the Australian Open became a highlight of the tennis-playing world, it was widely considered a backwater, and some people even saw it as a poor copy of Wimbledon.

Many players feel that the tournament organizers really go out of their way to make sure the participants get taken care of.

But there’s one thing that really turned the Australian Open from just a sporting event into a widely-attended spectacle. In an attempt to attract as large a crowd as possible, Tennis Australia (the event organizers) remade the Australian Open into a “festival that happened to have a tennis tournament going on at the same time.”

Today, the tennis matches form only one part of the Australian Open experience. The event now hosts dozens of activities to keep eventgoers engaged—from grand slam-themed food and drinks stall, to a weeks-long music festival.

This strategy has paid off very well in terms of boosting attendance numbers. Last year’s event attracted a record 743,667 fans, breaching the 500,000 mark in its first week.

The average company spends around 32% of their marketing budget on tradeshows and live events. With such a large share of spend going into this channel, marketers are under a lot of pressure to demonstrate solid results from live events.

Yet surprisingly, ROI from event marketing ranks as one of the most difficult results to measure and track. One key reason for this is that a lot of marketers have yet to follow a data-first mindset when planning and carrying out live event campaigns.

But with the tools available to event marketers today, it’s easier than ever to measure and manage tradeshow activities. Marketers can now use real-time analytics dashboards and attribution models to define metrics for success, gauge ROI, and justify spend.

That’s the direction that Tennis Australia took when it appointed digital marketing specialist Josie Brown as the organization’s Chief Insights and Marketing Officer, a newly-created role tasked with overseeing the execution of Tennis Australia’s data-driven marketing and branding strategies.

As technology brings new ways for fans to enjoy the sport, the event organizers now have a giant window to event activities that can help them gain actionable insights on event performance and deliver a rich experience for attendees.

With technologies provided by partners such as IBM, the Australian Open has transformed from a watch-only event into a fully-interactive, data-rich tennis tournament that millions of fans can immerse themselves in.

Know which tools to use and how to use them well

Over the years, the Australian Open organizers have shown their marketing savvy by adopting robust marketing tools and tactics—then using these to their full potential.

For example, during Australian Open 2015, Tennis Australia leveraged social media marketing to achieve the two-fold goal of increasing awareness and growing ticket sales. The tournament organizers developed and executed an extensive social media plan to increase fan engagement across different platforms before and during the event.

Tennis Australia also demonstrated their mastery of paid social channels when the event organizer carried out a highly successful Facebook Ad campaign in 2018. The company wanted to add Facebook video and photo ads into its multi-channel marketing mix to promote ticket sales for Australian Open 2018.

The ads initiated Messenger conversations to purchase, which generated a 24.3x return on ad spend, along with a 16% lower cost-per-acquisition and 4,600 purchases during the run up to their 2018 grand slam event.

At around the same time, Tennis Australia deployed Australian Open Ticket Finder Bot, a sophisticated chatbot that helped the company directly sell tickets via social media. In its first week, the chatbot generated 170% more conversions than the usual ticket purchase link (turning 141 of 600 conversations into ticket sales) and recording an ROI of 25x.

Related: Inside a B2B Marketer’s Arsenal of Productivity Tools

Find the right audience and be ready to pivot

We’ve seen how the Australian Open’s strategic pivot has transformed the event into a premier sports spectacle. But the refocus wouldn’t have been very successful without a series of careful rebranding initiatives carried out by Tennis Australia a few years ago.

In 2016, the company unveiled a new identity for the Australian Open. The move was aimed at capturing a wider audience and reflecting the event’s new focus as a full entertainment brand.

One of the brand repositioning’s most visible signs was the replacement of the company’s longstanding “Serving Man” brand mark with the new “AO” logo.

According to Tennis Australia’s marketing manager, Jo Juler, the Serving Man mark no longer adequately represented what the Australia Open had now become, and it didn’t capture the wider audiences and personalities that Tennis Australia wanted to appeal to.

Also in the same year, Tennis Australia hired the services of a digital marketing company that specialized in Asian market demographics. The company was planning marketing campaigns aimed at the growing number of Chinese expatriates in Australia who were also becoming a prominent event audience segment.

Many experts believe that it was Tennis Australia’s move to reposition the Australia Open as the Grand Slam of the Asia-Pacific which led the event to finally mark its identity.

The Australian Open teaches us a lot of useful event marketing lessons. But the most important things to keep in mind are: doing your best to delight your attendees; letting data be your guide; knowing and using the right tools for the job; and becoming really familiar with your changing audience.

Dara Lin is a Marketing Specialist at Callbox Australia. She is a coffee trailblazer, general music fanatic, and an internet enthusiast. Follow Dara on Twitter, Facebook, and Google+.

Exceed your growth and revenue targets.

Grab a copy of our FREE EBOOK, By the Numbers: Marketing Stats that Drive Top B2B Industries in 2019! Get an in-depth look at marketing trends in nine (9) key B2B industries. 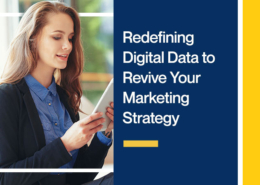 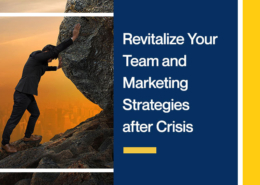 Save Time (and Money) By Automating Your Emails and Marketing Tasks