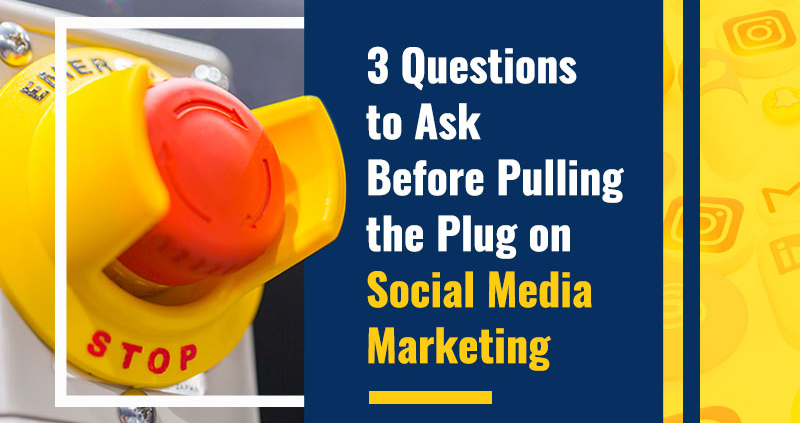 In B2B lead generation, marketers are used to receiving immediate responses from prospects via emal, telephone calls and events. But when it comes to social media, if there isn’t an instant and significant response then it’s considered a waste of time. While that is a logical response, a marketer should also understand that social media works differently. Considering that its potential to reach millions of people is unprecedented, it’s a shame to pull the plug on something that could help your business, just because of things you didn’t understand about it. Before you take a leap of judgment, evaluate your lead generation campaign using the following three basic criteria of effective social media marketing:

Unless your content is really useful, it could get lost amidst the flood of blogs, emails, videos, articles, tweets, and commentary, and it won’t get read—much less shared. So how do you create useful content? Think of value. Think of yourself as a business owner looking for information to help you decide whether you would like to outsource certain parts of your IT infrastructure. Of course, you would want to learn about the pros and cons, how much you need to prepare financially, and how much control you can retain after farming out.

A piece of content is most effective when it compels the reader to join in. It could be something that ‘challenges’ the status quo, like presenting an idea that’s entirely new or unique. Or it could be something that raises curiosity, like posing an industry-related question that can really stir their brains. Or it could be a comparison of 2 things, which could spark a debate among commenters. These are the types of content that people watch out for and have no problems with sharing to others.

3.  Did you set realistic metrics?

Marketers often think that social media is so powerful that it has a life of its own and generate overflowing publicity (and revenue) for the business. Again, it simply doesn’t work that way. Social media is more about exposure and engagement, as well as understanding the target market. To truly appreciate the influence of social media, you may want to measure engagement and responses from people. It may not equate directly to leads (at least in the short run), but it can show you how your content and brand image are circulating in people’s awareness. After that is established, make a move on how to take advantage of that exposure, and that’s when the real stuff happens.

Dara Lin is a Marketing Specialist at Callbox Australia. She is a coffee trailblazer, general music fanatic, and an internet enthusiast. Follow Dara on Twitter, Facebook, and Google+.

Gaining a Friendship from your Target Audience: 6 Questions to Ask