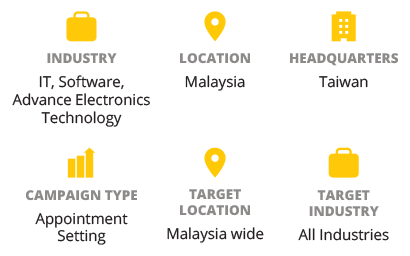 ABOUT
As a multinational company and one of the world’s top ICT brands, the Client specializes in advanced electronics technology. It’s core business focuses on fusing hardware, software and services to open up wider possibilities for businesses and consumers alike.

The Client has more than four decades of ICT experience and leadership. It started with service-oriented technologies and has kept the battle in its hands until it lost bearings in 2011 due to management hit-or-miss and tough market competition.

The ICT magnate saw a decline in their revenue and sagging interest from their customers with competitors’ rapid release of mobile devices that made them seem invisible in the market.

Although several innovations were launched to snatch their target customer’s interest back, the problem continued for a couple of years, resulting to difficulty in promoting their new line of products. This called for the client to outsource some of its functions, particularly sales and marketing. 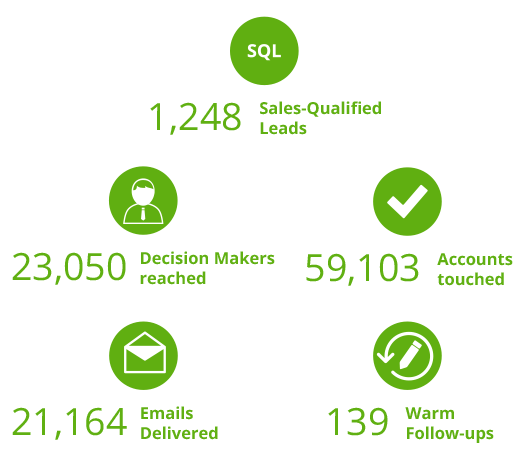 Callbox and the Client built a detailed plan for a two-term account-based appointment setting campaign.

The thrust was for Callbox to get the Client’s sales specialists appointments with relevant IT purchase stakeholders, B2B prospects that have a need to purchase servers or PCs within three to six months time.

The campaign produced the following results:

The appointments delivered were best-qualified. Although the Client did not specify, they confirmed that the bulk of the leads were converted into new accounts.

Callbox was able to establish a good working relationship with the Client which resulted to two referrals from them.